Get the latest information & news from the industry... 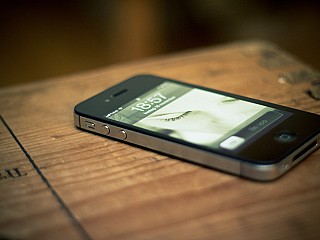 Barely a week has gone by in 2018 without another privacy scandal. The Cambridge Analytica scandal, Facebook looking to begin facial recognition in the EU, horror stories from Grindr; it’s easy to see why so many are concerned about the security and integrity of their information online.

Of course, in the modern world, online includes the powerful personal computing device that we all carry around with us: our smartphone. If you consider all of the information that lives on your phone - your call history, the content of your text messages, emails - it is a window into your entire life. All of that data is a goldmine for criminals, or others, who might want to gather information about you to use for whatever purpose.

So, if you’re concerned about keeping your information - and especially your communications - safe and secure, what can you do?

The end of email? We can only hope.

Most people think of email as being a little like a letter you send through the post, when in fact a better analogy would be a postcard. And a postcard delivered by Dodgy Dave from down the pub, at that. Unlike traditional letters, but rather like postcards, emails don’t have any kind of ‘envelope’ to protect their contents. The plain text of your email travels across the open internet from one server to another until the recipient receives it, and deletes it (which many people will never do).

The practical impact of all of this is that anyone with an internet connection, a laptop and enough know-how can read every single email you ever send or receive. Isn’t that a lovely thought?

Some solutions do exist, including PGP encryption, which can help to secure your emails by acting as that critical ‘envelope’ to keep the content of your messages hidden from prying eyes. If you want to try it out, you can add a PGP bolt on to almost any email account using Enigmail (for Mozilla Thunderbird) or Mailvelope (for webmail systems such as Gmail). The challenge with PGP is that it’s not particularly user-friendly, and you need everyone involved in an email conversation to use it for your emails to be secure.

So if not email, what are the alternatives?

Well, the short answer is that it depends what kind of security you’re looking for. The best solution for maintaining anonymity is often not the same as the most effective option for securing the contents of your messages. And no matter how secure, no communications method is any use whatsoever unless the people you need to communicate with are also using the same option as you.

That said, there are a few options which cover most of the bases, and which any privacy-conscious person should consider.

Before looking at specific solutions, however, it’s important to take a moment to mention that, when searching for security software it is always - without exception - best to opt for open-source software wherever possible. First of all, open-source software is (almost always) free - which is awesome. More importantly, though, the fact that the source code that drives the software is openly accessible that anyone can check the security, and make sure that there are no nasty surprises or backdoors.

That’s why all of the suggestions listed here are open-source; because open-source is best.

Often touted as the gold-standard in secure messaging, Signal is a smartphone app available for iOS and Android, and also has desktop apps for Windows, MacOS, and Linux. Developed by Open Whisper Systems, and advocated as a privacy and security solution by NSA Whistleblower Edward Snowden, the app provides encrypted text messaging, voice, and video calls between users.

The plus point of Signal is that its encryption model is regarded by most experts as being as close to 100% secure as it’s possible to get. Unfortunately, it has yet to be adopted by most people in the UK, or Europe, and since you can only use it to keep in touch with other people who also have the app, that will be a problem for many.

Signal also cannot be used without giving your phone number and keeping the app installed and running on your smartphone.

Similar to Signal, Wire is an encrypted messaging app which offers text messaging, voice, and video calls. There are apps for all major smartphones, and desktop apps for Mac, Windows, and Linux.

Unlike Signal, however, Wire doesn’t ask for your name, phone number, or any other identifying information when you set up an account (though you can provide an email address, you don’t have to). Instead, it allows you to choose any username you like.

If, though, you’re serious about security, we wouldn’t recommend Wire, as it isn’t open-source and uses a closed, proprietary encryption model.

For many, if not most people, WhatsApp will be the best option for secure messaging. All messages, voice, and video calls you make with WhatsApp are secured using the same encryption model as Signal (in fact, WhatsApp worked with the Signal developers to incorporate encryption into the app).

Yes, Facebook owns WhatsApp, so it’s important to keep an eye on the WhatsApp privacy policy and make sure that nothing untoward is being done with your data. However, since a majority of people with a smartphone now have WhatsApp installed on it, we feel that the app strikes an almost ideal balance between security and practicality.